Latest News
Home /R. Kelly Girlfriend Joycelyn Savage Now Claims To Be Another One Of His Victims – NPR 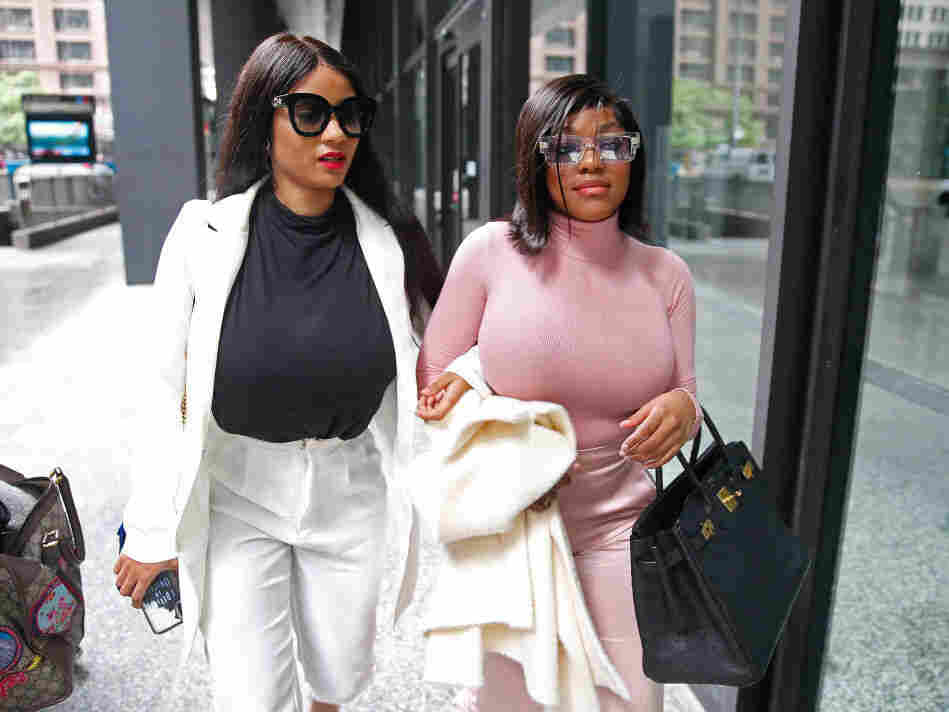 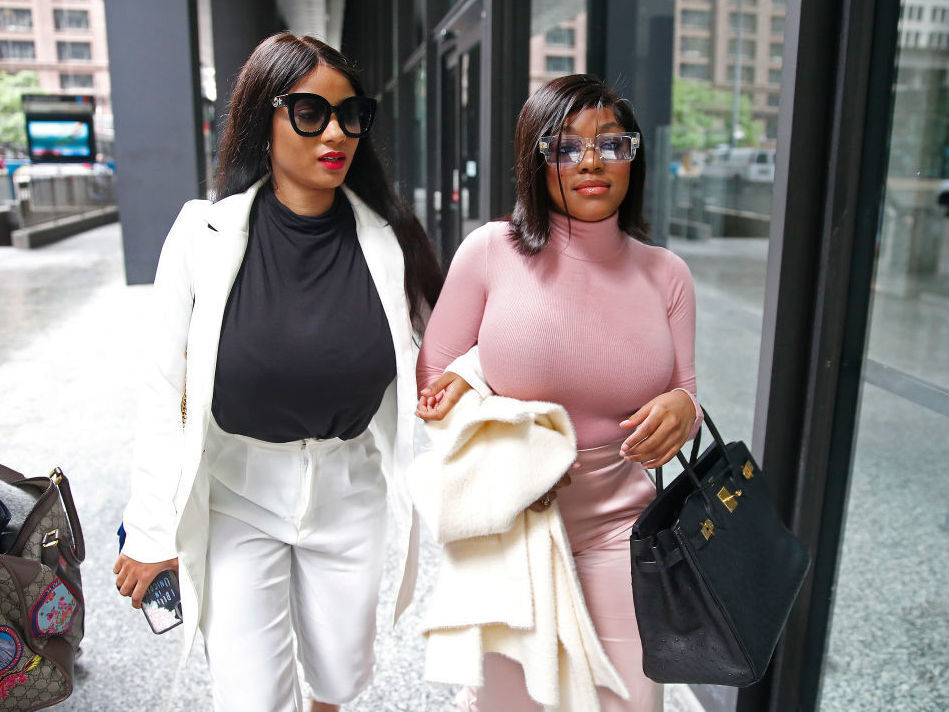 Joycelyn Savage has been among R. Kelly’s most ardent defenders in public. One of the R&B singer’s two recent live-in girlfriends, the 24-year-old has spoken out on his behalf in a widely seen CBS interview with journalist Gayle King in March and in two videos with TMZ, as well as showing up to support him during various court appearances. But she now claims that he sexually and physically abused her, and forced her to have two abortions.

In the past, Savage has proclaimed that she was in a relationship with the singer of her own volition, and she has accused her parents — who have repeatedly blamed Kelly for brainwashing their daughter and for withholding contact with them — of trying to “scam” Kelly.

But in a series of posts attributed to her on the Patreon crowdfunding platform that began to be published on Saturday, Savage is now calling herself a “victim” of the singer as well.

Many of Savage’s allegations are similar to those of other girls and women who have accused Kelly of abuse in accusations that now stretch back over a quarter century. Kelly has continually denied all accusations against him. In total, the 52-year-old Kelly is currently facing 18 federal charges and separate sexual assault charges in Illinois, as well as multiple, ongoing civil lawsuits.

Savage’s accusations are only accessible to those who pay a tiered monthly fee, with revenue going to Savage; NPR has paid for access in order to view these posts. While there is no absolute proof that it is Savage writing these posts, she began teasing them on her Instagram account on Friday.

NPR has reached out to Kelly’s lawyer, Steve Greenberg, for comment, but he did not respond immediately. However, in a statement published by Variety on Saturday, Greenberg said: “It is unfortunate that Jocelyn [sic] now seeks to make money by exploiting her long time, loving relationship with Robert. Obviously if she were to tell the truth no one would pay so she has, unfortunately, chosen to regurgitate the stories and lies told by others for her own personal profit. We know the real facts, and it was not until the money ran out that she decided anything was wrong. Hopefully people will see it for the obvious profiteering it is.”

Savage wrote that she first met Kelly when she was 19 years old at a concert. She had aspirations of becoming a singer. Soon after, she said, Kelly flew her and one of her friends to his studio in California — and Kelly allegedly began to make promises that he would turn her into a star like his former wife, the late singer Aaliyah. “He was going to help me pursue my dreams, and to become a model/singer,” she wrote, adding: “He would say it exactly like this ‘Baby girl you are going to be the next Aaliyah.'”

Savage alleged that within weeks of the start of their sexual relationship, he began demanding that she refer to him as “Master” or “Daddy,” and that on one alleged occasion “around February 2016,” after she called him “babe” accidentally, she writes, “He grabbed me and choked me until I blacked out. I had bruises around my neck, and I was told by him to wear a turtle necks [sic] or a scarf to cover them up whenever he would take me out in public. I was frightened to tell anyone about this because of what he may do next. His assistant didn’t even care, and especially the other girls they were in for the money as well.”

In a post published Sunday, Savage alleged that Kelly forced her to have two abortions — once in 2016, and again in 2018 — and that at least one of the abortions was performed at Kelly’s home rather than at a hospital or clinic so that the news would not become public.

Confusingly, she accompanied her post about the alleged abortions with a partial picture of a pregnancy test stick — but the stick in the picture (which is viewable only on Patreon) clearly shows only one solid line, though that brand of test indicates a pregnancy with two solid lines. In her text, she offers a disclaimer: “This was my first time taking a pregnancy test I’ve saved it to show proof but the lines are fading. This is the only post I have of proof.” The one solid line in the picture, however, is not at all faded.

Savage also alleged that assistants of the singer would accompany her everywhere, even to the shower in Kelly’s home. (At Kelly’s August hearing in Brooklyn, in which he pleaded not guilty to five federal criminal charges, Savage and Kelly’s other live-in girlfriend, Azriel Clary, were accompanied even to the bathroom by an older female minder.) She also wrote that Kelly forcibly isolated her from her friends and family, including cutting off her phone.

In addition, Savage wrote that she was forced to remain in certain rooms at Kelly’s home — away from other young women and “girls” who were staying there — until the singer summoned her. She also wrote on Patreon that he repeatedly threatened her to keep her from leaving, and that Kelly and his associates dictated what she was to say in the TMZ videos: “In videos I had to do for TMZ they were telling me what to say. … His assistant would starve me for days at a time until i learned it right word for word.”

Some of Savage’s other accusations evoke earlier specific allegations against Kelly, including the case for which he stood trial in 2008 in Chicago on charges of child pornography, and in which Kelly was famously acquitted. The video central to that case allegedly showed the singer having sex with and urinating on a teenage girl. In one post, Savage wrote: “Robert always had a fetish for pissing on his girls/woman [sic]. While he would piss on us he would make us swallow his piss and if we threw up piss would turn into feces.” She added that Kelly had allegedly urinated on her “numerous” times.

Savage has not publicly specified in which state these alleged incidents took place, and it’s unclear whether or not she has taken her accusations to police or legal counsel. NPR has also reached out to Gerald Griggs, the lawyer for Savage’s parents, who did not respond immediately. But in a statement Griggs emailed to the New York Times on Sunday, he wrote: “The family is concerned about the allegations made by the social media account purported to be that of Joycelyn Savage. Numerous facts detailed by the account confirm the abuse and coercion that the family has alleged for two and a half years. We are attempting to make contact with Joy and the family is ready to welcome her back with love and open arms.”

The Monopoly Longest Game Ever…

There Is No Resisting Little…

Bill Cosby Says He Does…

Netflix Doing Something That Was…