In practice, what math does is let macro-economists locate the FWUTVs [facts with unknown truth values] farther away from the discussion of identification … Relying on a micro-foundation lets an author say, “Assume A, assume B, …  blah blah blah … And so we have proven that P is true. Then the model is identified.” …

Distributional assumptions about error terms are a good place to bury things because hardly anyone pays attention to them. Moreover, if a critic does see that this is the identifying assumption, how can she win an argument about the true expected value the level of aether? If the author can make up an imaginary variable, “because I say so” seems like a pretty convincing answer to any question about its properties.

Yes, indeed, modern mainstream economics — and especially its mathematical-statistical operationalization in the form of econometrics — fails miserably over and over again. ‘Modern’ mainstream economics is based on the belief that deductive-axiomatic modelling is a sufficient guide to truth. That belief is, however, totally unfounded as long as no proofs are supplied for us to believe in the assumptions on which the model-based deductions and conclusions build. ‘Mathiness’ masquerading as science is often used by mainstream economists to hide the problematic character of the assumptions used in their theories and models. But — without showing the model assumptions to be realistic and relevant, that kind of economics indeed, as Romer puts it, produces nothing but “blah blah blah.” 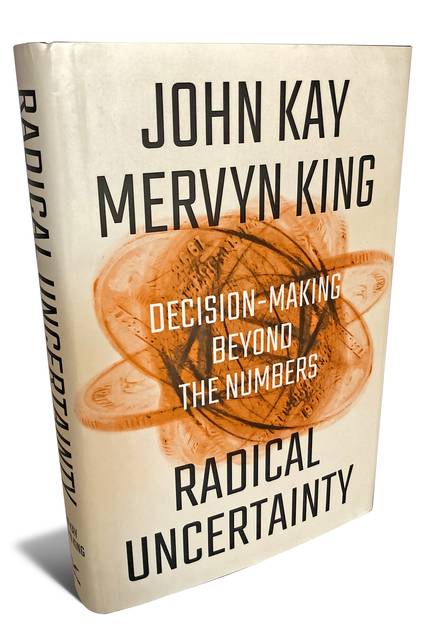 The belief that mathematical reasoning is more rigorous and precise than verbal reasoning, which is thought to be susceptible to vagueness and ambiguity, is pervasive in economics. In a celebrated attack on … Paul Krugman, the Chicago economist John Cochrane wrote, ‘Math in economics serves to keep the logic straight, to make sure that the “then” really does follow the “if,” which it so frequently does not if you just write prose.’ But there is a difficulty here which appears to be much more serious in economics than it is in natural sciences: that of relating variables which are written down and manipulated in mathematical models to things that can be identified and measured in the real world … Concepts such as ‘investment specific technology shocks’ and ‘wage markup’ which are no more observable, or well defined, than toves or borogoves. They exist only within the model, which is rigorous only in the same sense as ‘Jabberwocky’ is rigorous; the meaning of each term is defined by the author, and the logic of the argument follows tautologically from these definitions.

Without strong evidence, all kinds of absurd claims and nonsense may pretend to be science. Using math can never be a substitute for thinking. Or as Romer has it in his showdown with ‘post-real’ economics:

Math cannot establish the truth value of a fact. Never has. Never will.